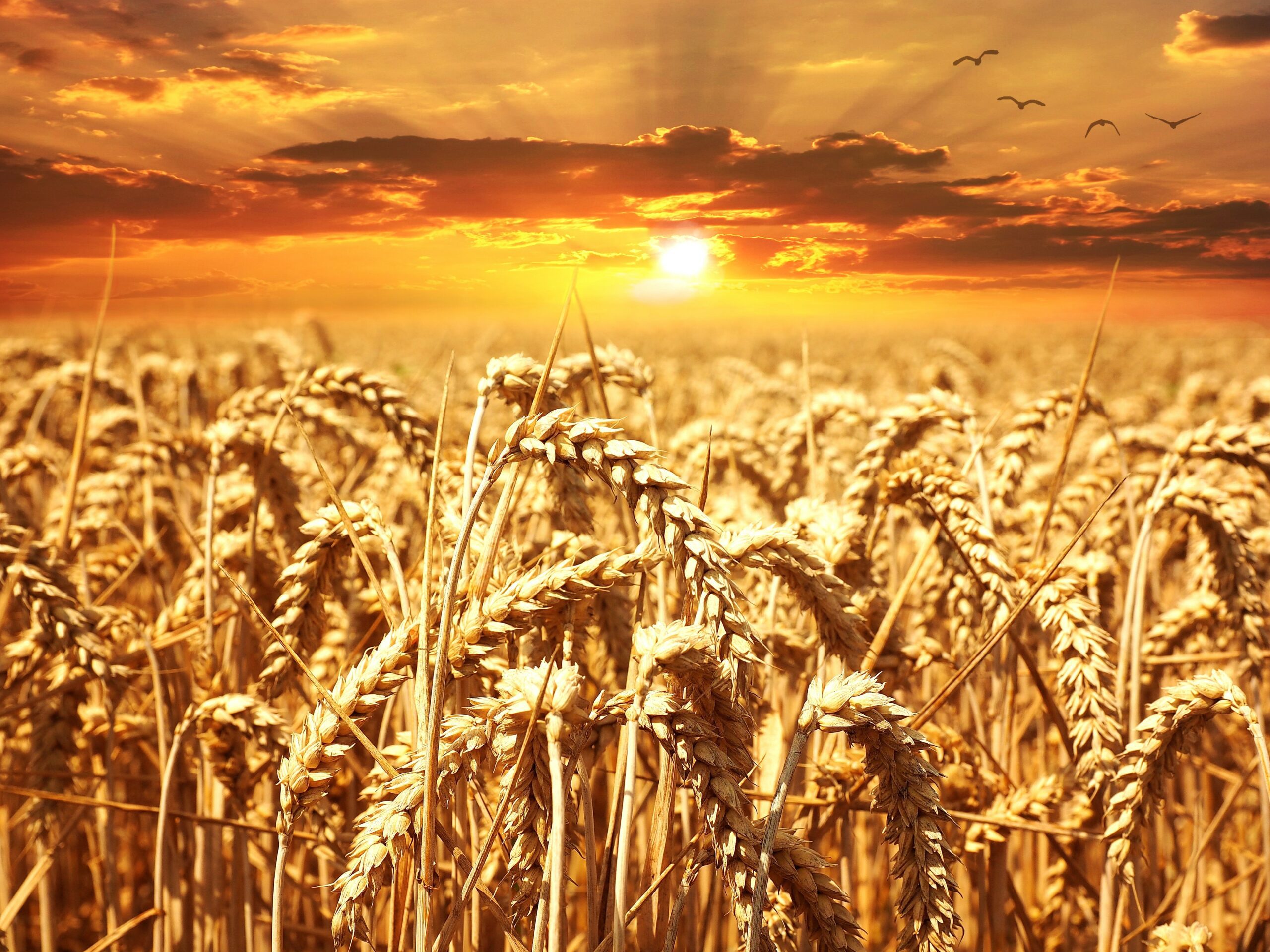 Wheat is one of the healthiest food according to many nutritionists. It is suitable both for dietary nutrition and for preparing tasty and healthy meals for children. Wheat contains proteins and amino acids, vegetable fats and important trace elements – potassium, calcium, phosphorus and magnesium, as well as vitamins B1, B2, B6, C, E and PP.

After rice, wheat is the most-used grain crop in the world. The world’s annual harvest of wheat exceeds 95 million metric tons per year (that of rice is 186 million tons) and for billions of people it is the staple grain. Wheat has been cultivated for thousands of years, and the rise and fall of nations is determined by the success or failure of wheat harvest. Many varieties of wheat have been developed, but the development of short stems varieties that are less susceptible to wind damage revolutionized the wheat industry. However, traditional wheat varieties still have their place in many parts of the world because they are adapted to certain areas and resistant to local diseases.

Unlike many grains, wheat has a uniform consistency of almost all elements, which is why all the grains are cooked at the same time. Wheat is one of the products easily processed by the body and improves the work of the immune system.

Wheat is also very useful for people who do hard physical work as it improves metabolism, regulate the work of the organs of the digestive system and reduce bad cholesterol, which is an important prevention of atherosclerosis.

It is said that the consumption of wheat slows down the aging process, improves the condition of the skin, nails and hair. Whole wheat is one of the best sources of primary protein and also supplies essential
minerals and vitamins in significant quantities. Sprouted wheat is very useful and can be added to salads and various dishes, as well as eaten with honey and fruit instead of breakfast. If you regularly consume wheat, you will feel full of energy for work and will not be sleepy during the day.

Another important wheat product is Bulgur wheat, also known as lapsi or cracked wheat. Bulgur is one of the main cereals in Middle Eastern countries, especially Turkey. Traditionally, wheat is cooked in large tin-lined copper vessels over an open fire with wood and then placed on clean sheets to dry in the sun. It is then sent to the mills where it is cracked, and the recipes for its use depend on the final size of the cracked grains. Bulgur wheat is a lot consumer friendly wheat as it is pre-boiled and thus takes very little time to prepare. That too it has a unique taste and is very tasty.

No comments to show.

GrainPill was created in mid-2022. GrainPill is a blog that provides vegan vegetarian recipes and articles that aim to promote a healthy diet and lifestyle.

We use cookies on our website to give you the most relevant experience by remembering your preferences and repeat visits. By clicking “Accept”, you consent to the use of ALL the cookies.
Do not sell my personal information.
Cookie SettingsAccept
Manage consent

This website uses cookies to improve your experience while you navigate through the website. Out of these, the cookies that are categorized as necessary are stored on your browser as they are essential for the working of basic functionalities of the website. We also use third-party cookies that help us analyze and understand how you use this website. These cookies will be stored in your browser only with your consent. You also have the option to opt-out of these cookies. But opting out of some of these cookies may affect your browsing experience.
Necessary Always Enabled
Necessary cookies are absolutely essential for the website to function properly. These cookies ensure basic functionalities and security features of the website, anonymously.
Functional
Functional cookies help to perform certain functionalities like sharing the content of the website on social media platforms, collect feedbacks, and other third-party features.
Performance
Performance cookies are used to understand and analyze the key performance indexes of the website which helps in delivering a better user experience for the visitors.
Analytics
Analytical cookies are used to understand how visitors interact with the website. These cookies help provide information on metrics the number of visitors, bounce rate, traffic source, etc.
Advertisement
Advertisement cookies are used to provide visitors with relevant ads and marketing campaigns. These cookies track visitors across websites and collect information to provide customized ads.
Others
Other uncategorized cookies are those that are being analyzed and have not been classified into a category as yet.
SAVE & ACCEPT